I remember in my early days of coaching, I thought the key to a good and enjoyable session was the quality of the drills. Myself and the other coach at the club would marvel at finding some amazing sessions in books or online, turn up at training and set up the cones and stand back and wait for the players to turn into the equivalent of Messi in 90 minutes work.

Of course I exaggerate, but once I started working towards my Level II and particularly my UEFA B badges, although it is important to put together a cohesive session plan, the real key is the quality of the coaching, and whether you are capable of improving the players you are working with. And sometimes, even the simplest session can help teach your players the necessary skills. I have seen few sessions that brought this home more than that of West Ham’s u18 coach, Mark Phillips, on improving spatial awareness, vital in the modern player. Camberwell born Phillips is living the dream, coaching at his boyhood club alongside a player, Steve Potts, he used to watch from the terraces. His first game was as a nine-year old and was Bobby Moore’s testimonial game. It’s difficult to imagine he would support anyone else. Despite a modest playing career, Phillips was picked up while coaching at London rivals Arsenal and has worked his way up through the academy age groups. His enthusiasm for his job and the game shows no signs of diminishing. He still attends as many first-team games as possible, and put on this session for the London Football Coaches Association in the evening after he had been working since 10am.

Phillips jokes that he only passes the ball to fellow West Ham fans, but he used his bias to build an instant rapport with the players in the session, a group from his former club Arsenal’s community programme, selecting the East London born player to organise the warm-up while setting up the session. His coaching style was guided discovery, allowing the players to play but always asking questions and using phrases for when players made errors or lost concentration. He said beforehand that he didn’t mind the session being a bit disorganised, “…you can learn more when it’s messy”.

The session builds from a tight area with smaller player numbers, upto larger areas with more players. Players not involved inside the areas act as wall passers on the edge. Phillips likened it to playing snooker after playing a game of pool. It was noticeable that the standard of play dropped as the areas got larger, with the players thinking they had far more time than they actually did have.

Phillips encouraged the players to think ahead, and placed restrictions on players to try and improve their play – players on the outside allowed only one touch (although he did allow an extra touch at times when they struggled – referred to as “buying a pass”), and players on outside having to return the ball to a different player (trying to make them play with a more open body shape and encourage the third man running concept). His use of phrases was entertaining, particularly when players fell asleep when on the outside, suggesting they were “sitting in the stand” rather than involved in play.

Subscribe to our weekly newsletter and receive a simple and progressive session to improve your players' spatial awareness.

Phillips was quick to praise good play – players on the outside of the area making a good angle for example, and also using errors as a point of education for the players – a good example when one of the outside players was forced to take an additional touch, because the players in the centre were not moving quickly to receive. He also coached the importance not only of the direction of the pass but also the weight, particularly when played to a player on the outside with only one touch.

The session evolved into a small sided game with two goals and ‘keepers. The coach has faced one or two challenges upon arrival – a long and thin area and odd player numbers. When the small sided game was in progress, predictably the side with fewer players struggled, however when asked, they weren’t aware that the main reason for this was that they had one less player. The players also did not switch on to the lack of offsides, so didn’t initially stretch the play. A further restriction of not being allowed to play backwards was added to encourage positive play.

It was interesting to discuss the session afterwards, particularly with when and how often he would use the session at the academy. Phillips described it as a “Tuesday session”, so in between two games but after a post game recovery session and before a more detailed pre game tactical session. The aim of the session is to form good habits, and therefore it was a session that could be repeated on a regular basis. One interesting question was the use of one or two touch, and whether it discouraged dribbling or running with the ball. Phillips replied that at West Ham, players are encouraged to play “two touch or drive”, ie if they were going to take more than two touches, they had to be moving the ball forward into space and with purpose.

It was a very simple yet demanding session and one I have certainly added to my go-to sessions. Phillips engaging and bubbly personality built good rapport with the players, who improved as the session progressed. Ultimately the test of a good session is whether the coach is improving the players, so it is important to make sure this is the end goal of every session you put on.

Subscribe to our weekly newsletter and receive a simple and progressive session to improve your players' spatial awareness. 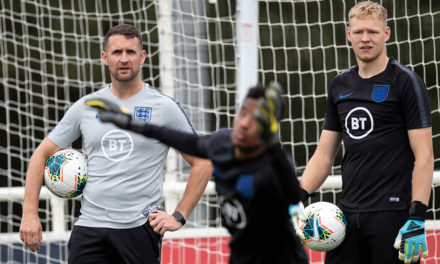 How To Use A Child Centred Approach in Youth Football 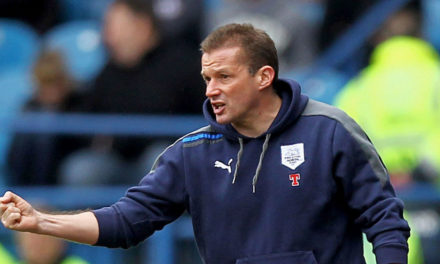